You’d never guess that the man behind one of Canada’s most successful ocean container hauling fleets worked at McDonald’s before joining the industry.

But that’s the case with Carmel Transport’s president, Robert Volfson.

Volfson immigrated to Canada in 1987. He lived in Russia, and then Israel before moving to Canada, following his future wife. He was just 24 years old.

Eventually he and his wife settled in Winnipeg for just short of three years, where he worked a number of odd jobs while taking English as a second language courses. He moved up the ranks and became a manager for McDonald’s and he and his wife had a child before they decided to move to Toronto in 1990.

Volfson had another management job at the fast food chain waiting for him in Toronto and so they moved.

“One of my best friends drove a truck and he still drives today,” Volfson recalled. “And one day I asked him how much can you make driving a truck? And he showed me a pay stub and it was double the amount working wearing a suit and tie for McDonald’s. That was 1992. And right then I decided to get my licence. I went to driving school and bought a used truck.”

He started working for a nearby drayage company for a year-and-a-half and was the only driver at the time.

“Customers would tell me all the time, ‘You’re so good, you’re so reliable. Why don’t you try doing it on your own?’” Volfson said.
So he did.

“And at that time I had a telephone, a fax machine, a truck and that’s it. That’s how Carmel started. It was truly a one-truck operation when it started back in 1993,” he said.
Volfson eventually moved his operation from the house and into an office once he started hiring more staff and drivers. Today, Carmel Transport employs more than 200 drivers and owner-operators, owns 500 pieces of equipment and has three locations across Canada. It exclusively moves ocean containers nationwide.

And many of the principles Volfson learned managing McDonald’s, he’s taken with him into trucking.

For example, just as you can order a Big Mac in Beijing and have it taste just like the ones you’re used to ordering and eating in Toronto, you can expect that same, consistent service quality across each and every driver of Carmel Transport.

“We make sure that we deliver the same service across all locations,” Volfson said. “We rely on having a service standard. And that’s where the drivers come in…the drivers drive the business. They are the ones delivering the load to the customers. So before we hire the driver there is a very stringent process. We need each driver to understand what it means to be working for Carmel.”

Volfson said that so far, the company has a low driver turnover.

When asked why he thinks this is the case and what he believes he is doing right, Volfson answered: “It starts from the top. You have to hire the right people. You have to treat them well…the way you want to be treated. By owning this business I’ve learned how to be a good person myself. And it helps that I have my son working here as well. It shows that we are here and that we want to leave a legacy.”

The company also pays its drivers well, and provides an above average benefits plan, Volfson said.

“We reward our drivers financially, as well,” he said. “Because we recognize that without them, we wouldn’t have success. It starts from the top.”

Volfson’s son Corey, the company’s operations manager, says the company has more going for it than just its superior drivers.

He says that Carmel has helped itself stand out from the competition by being distinctly proactive – something he believes is Carmel’s biggest strength.

“It’s very tough to differentiate yourself in trucking,” he said. “Everyone is doing the same thing. Everyone is taking a container and delivering it to the customer. So we’re very much a service business. And from that standpoint, we try to train our staff to be proactive. Our customers know delays are going to happen. What makes us different is, we are proactive in advising our customers. We’re not reacting to them. And in terms of the perception, that’s a big thing for them. They want to make sure they’re dealing with someone that’s giving them peace of mind. And we do that every day and that’s what keeps our customer retention so high.”

Volfson said his company is growing steadily each year, increasing its revenue by 15-20% annually.

But that doesn’t mean Carmel is in the clear for the future.

One thing weighing on the owner’s mind is the lack of interest young people are showing towards the industry.

“We’ve been very fortunate,” he said. “But it’s very hard to find people to work in trucking. We need to find a way to change the mentality of the younger generation. We need them to know a job in trucking doesn’t just mean driving the truck and dealing with tires and trailers…there’s office jobs as well and that you need to have skills to work in this industry.”

Despite this, Volfson said he is optimistic about the future of his business and is hoping that it can branch out even more.

“In the future, we hope to keep growing as we have been,” he said. “We want to expand to other provinces and maybe even into the US. In the next three years, we want to focus on B.C., we want a location there. We want to continue growing our revenue and our bottom line and focus on getting more customers.” 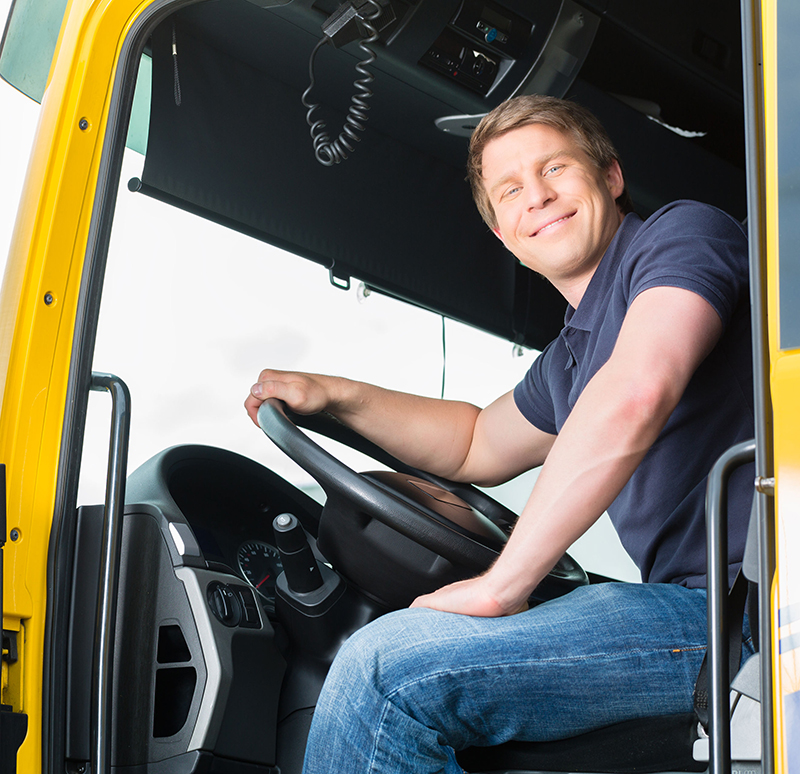